The Elder Futhark is the most ancient runic alphabet we know of with inscriptions dating back to 150CE.  It has 24 runes and is the set you will most commonly find in the shops.  Over time new rune alphabets* developed and the runes accrued poems, healing practices, magical correspondences and deep wisdom practices around them.  You can find some of the most common correspondences, plus short commentaries and videos about each of the runes using the links below. 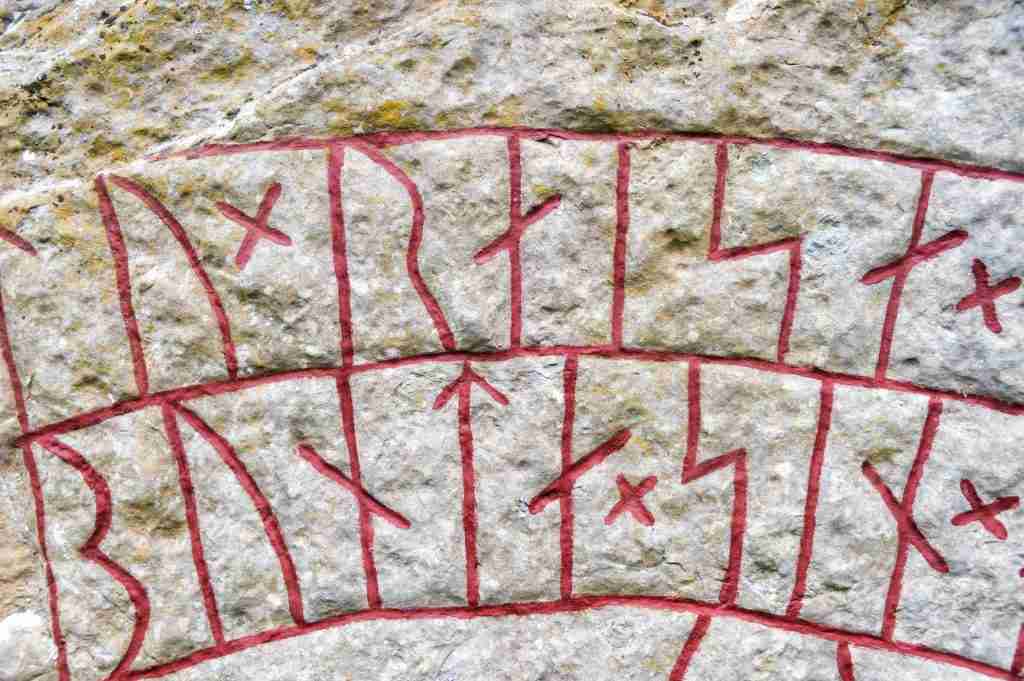 The runes are divided into aettir which means ‘family’; there are three rune families with eight runes in each, each family is known as an aett. 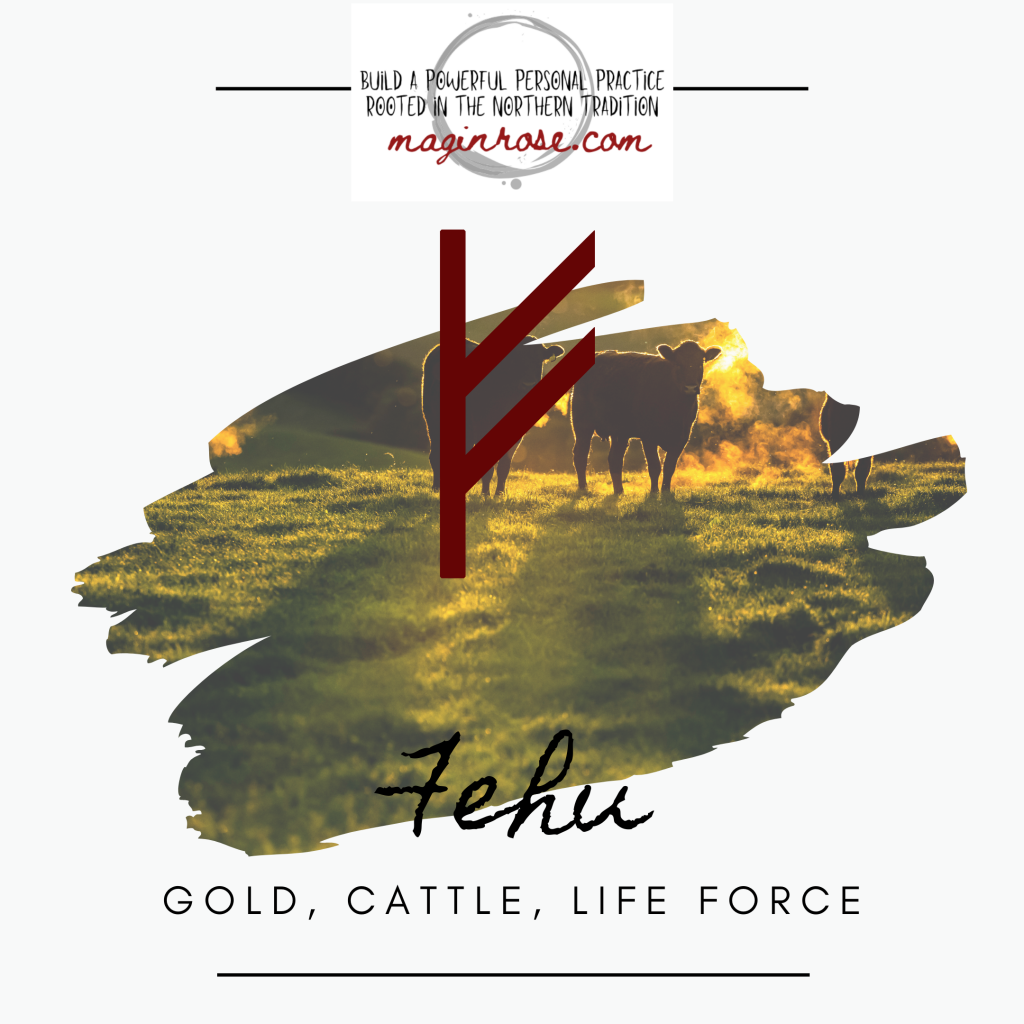 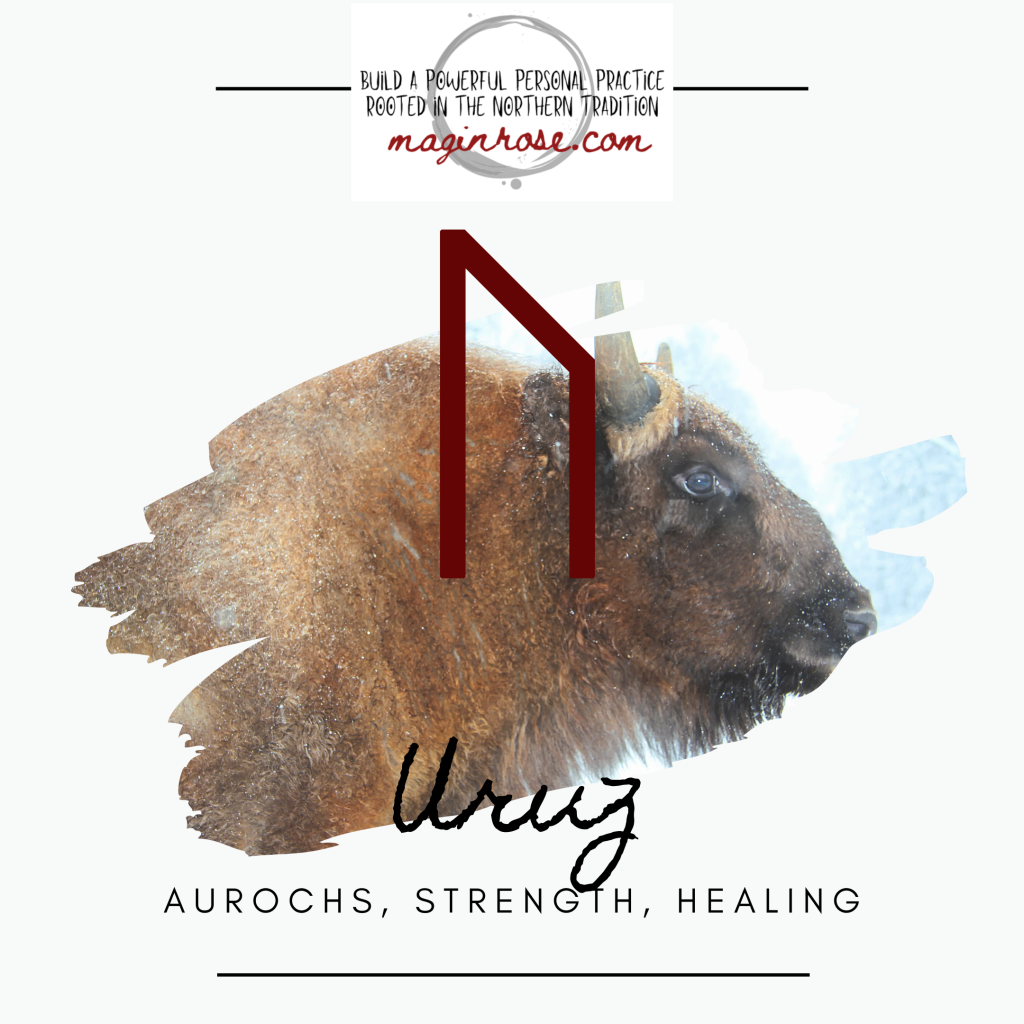 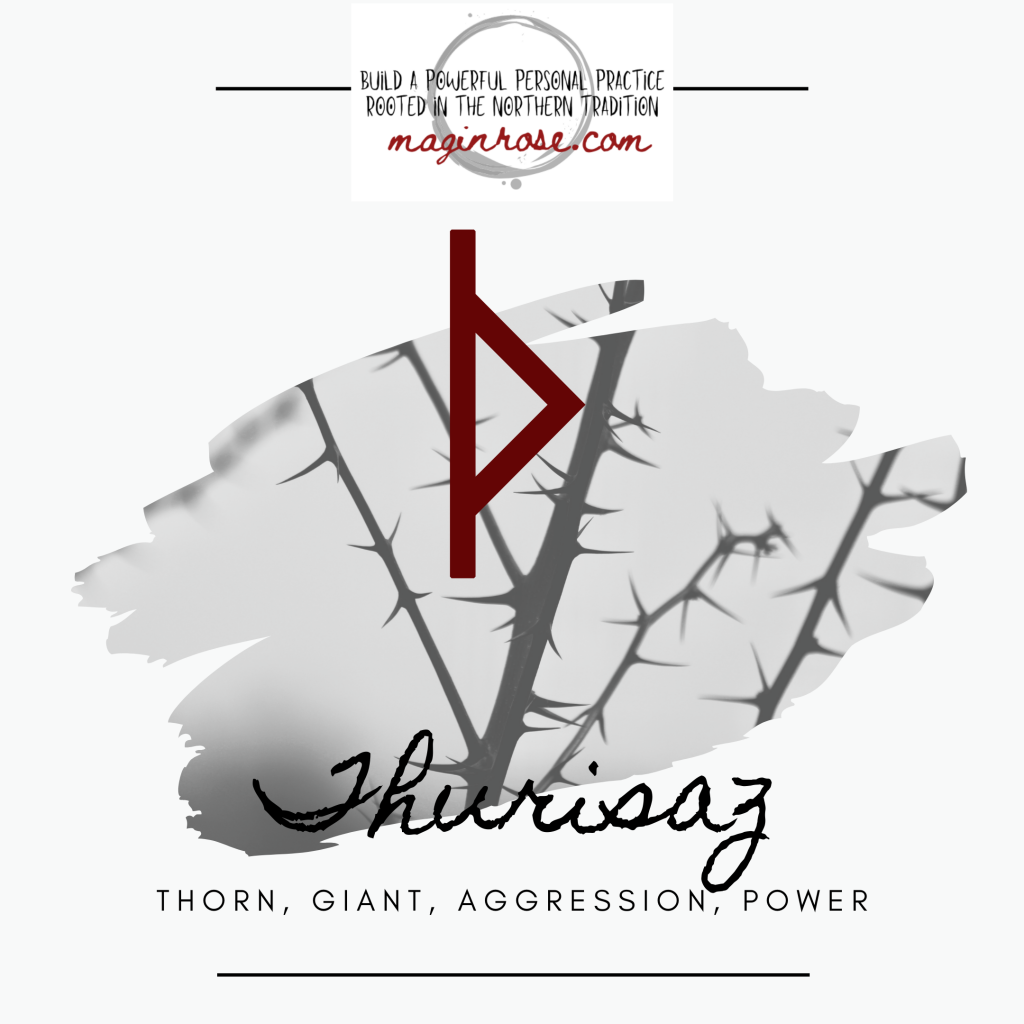 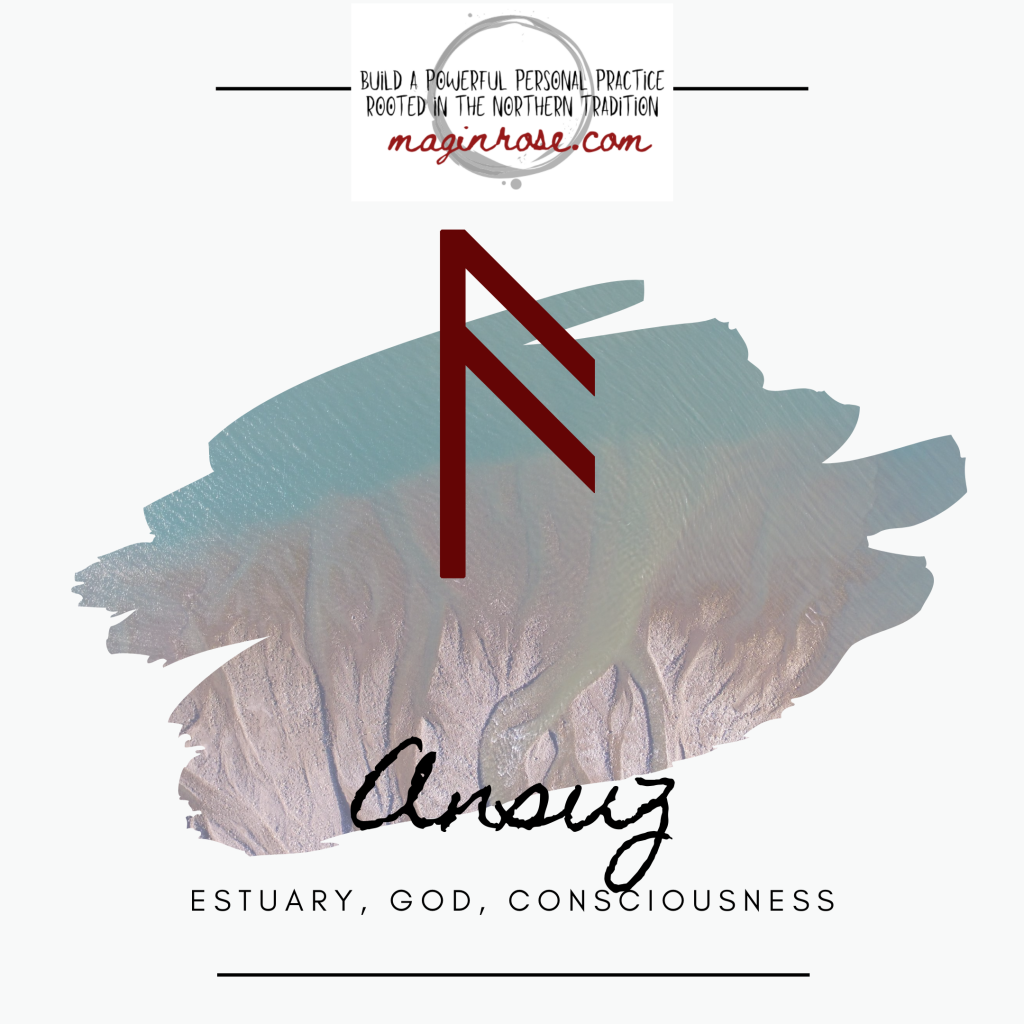 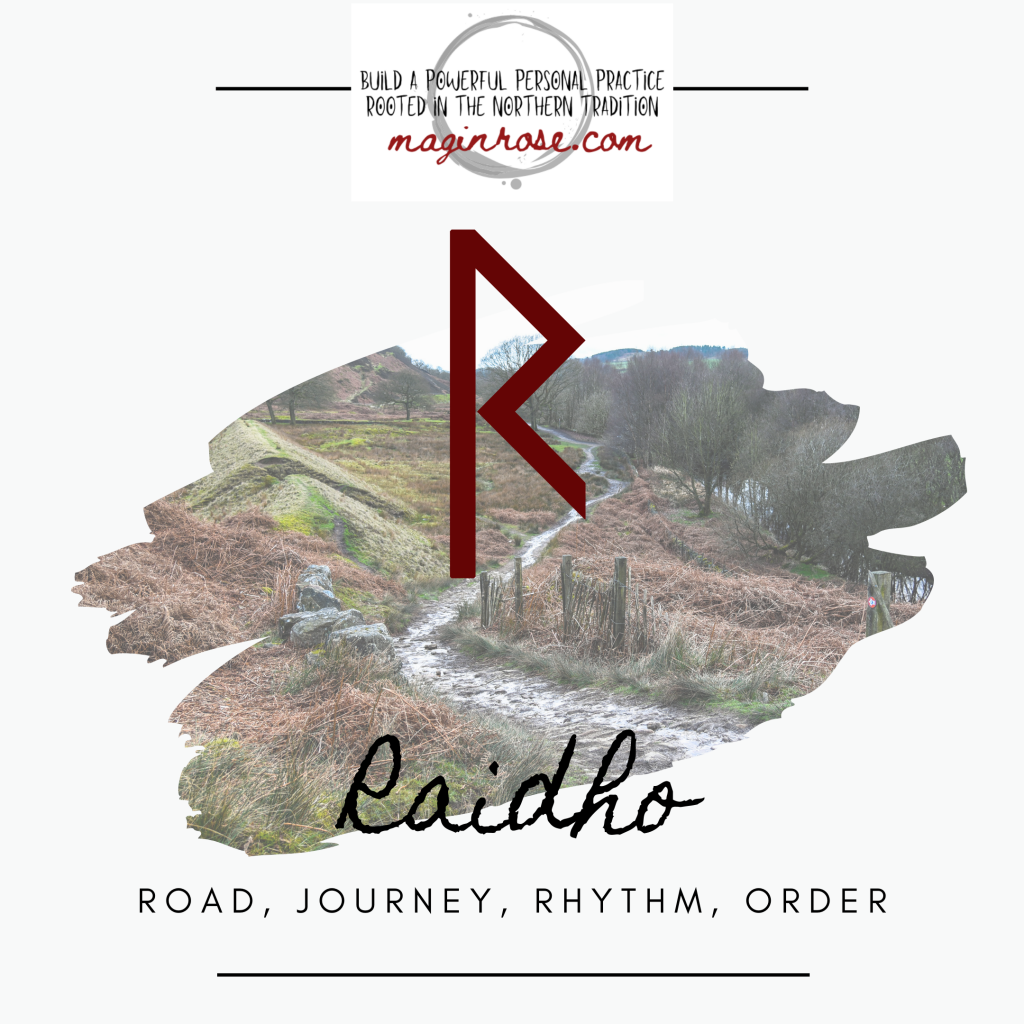 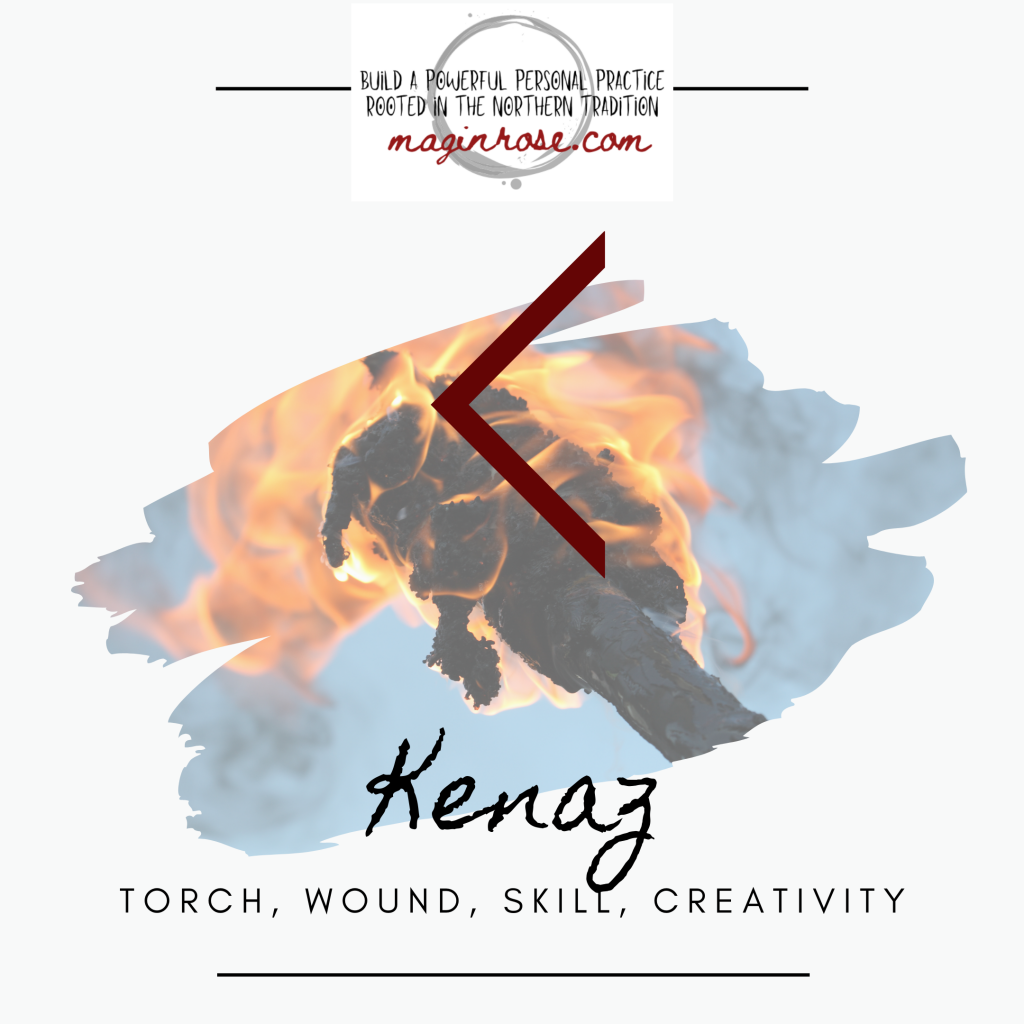 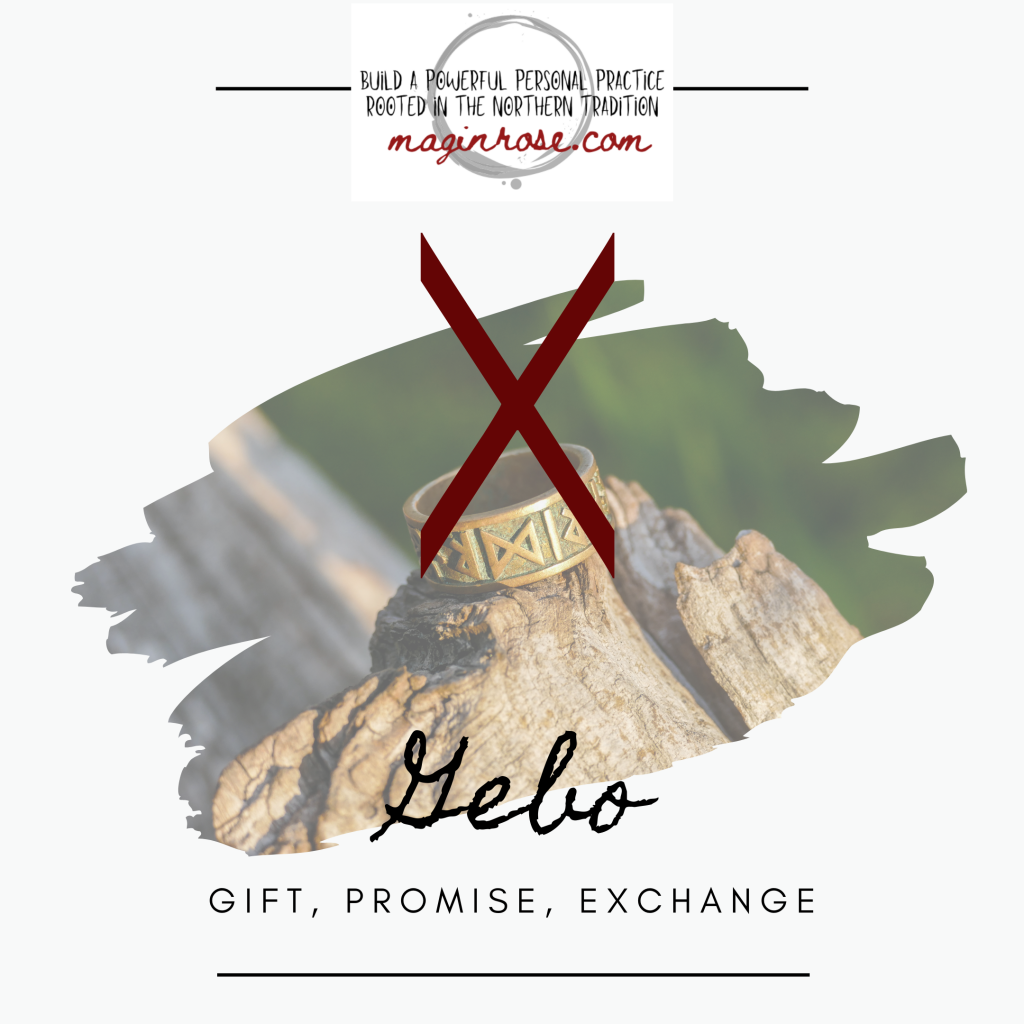 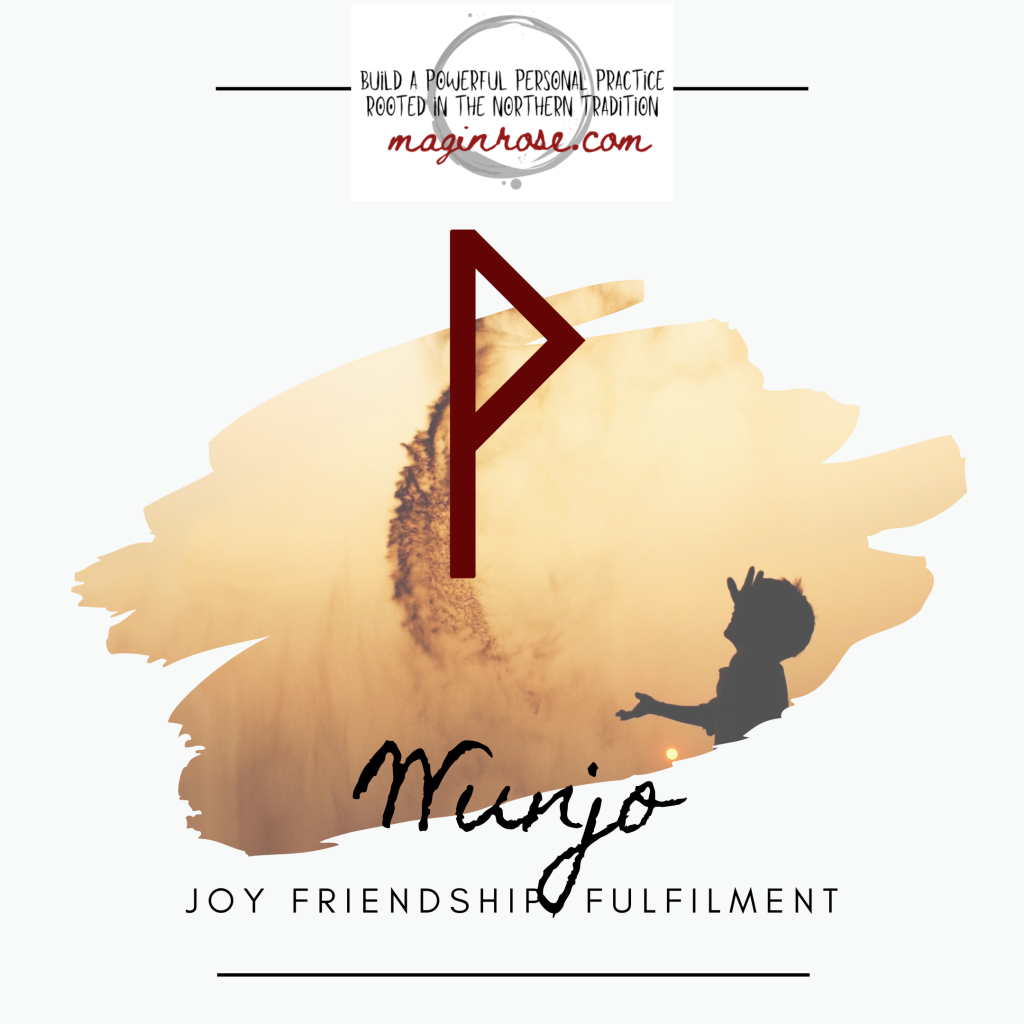 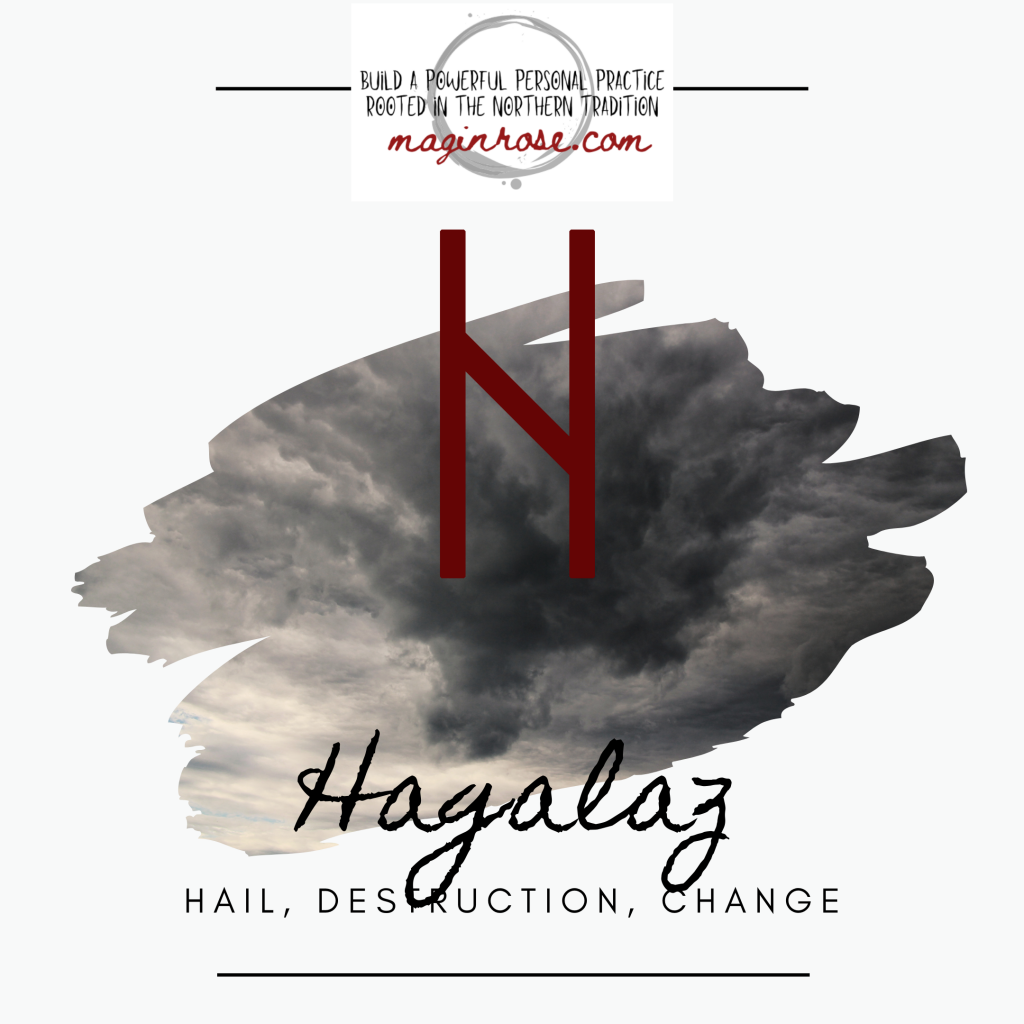 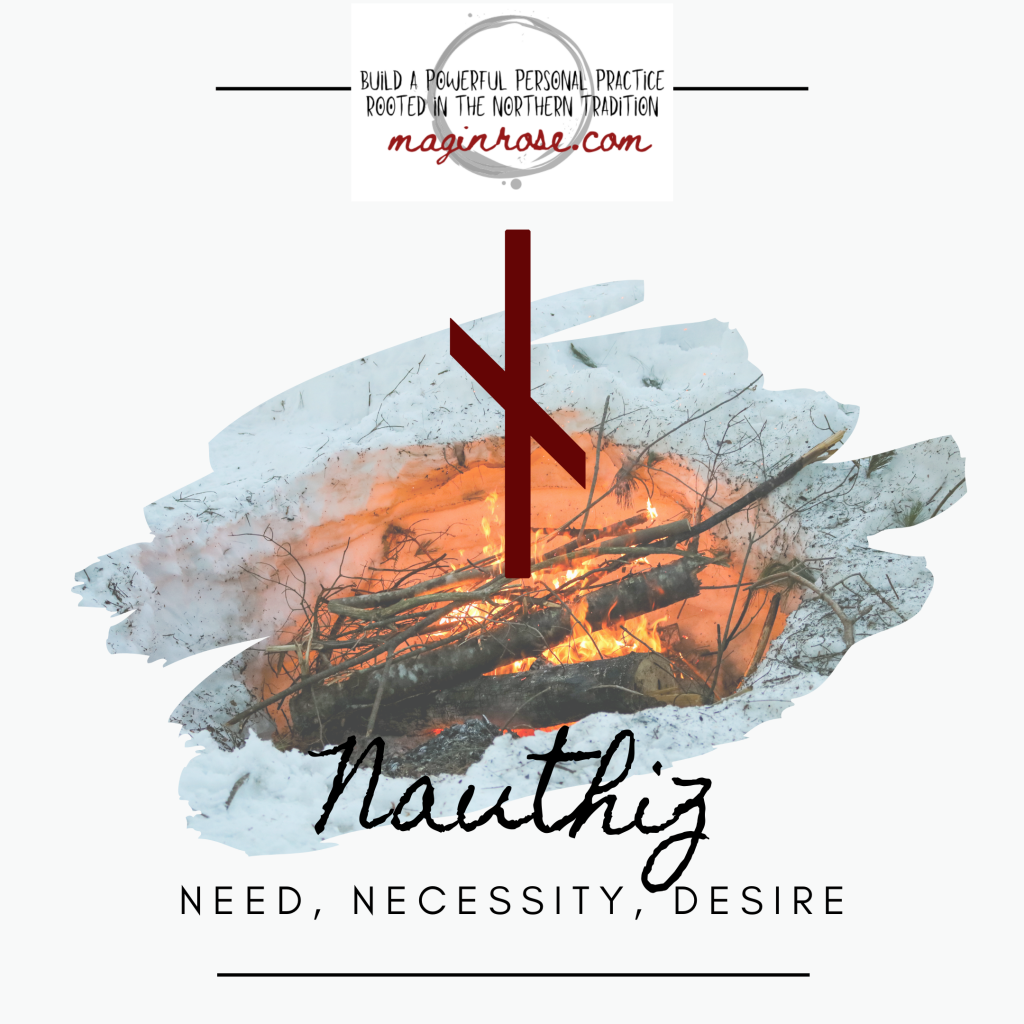 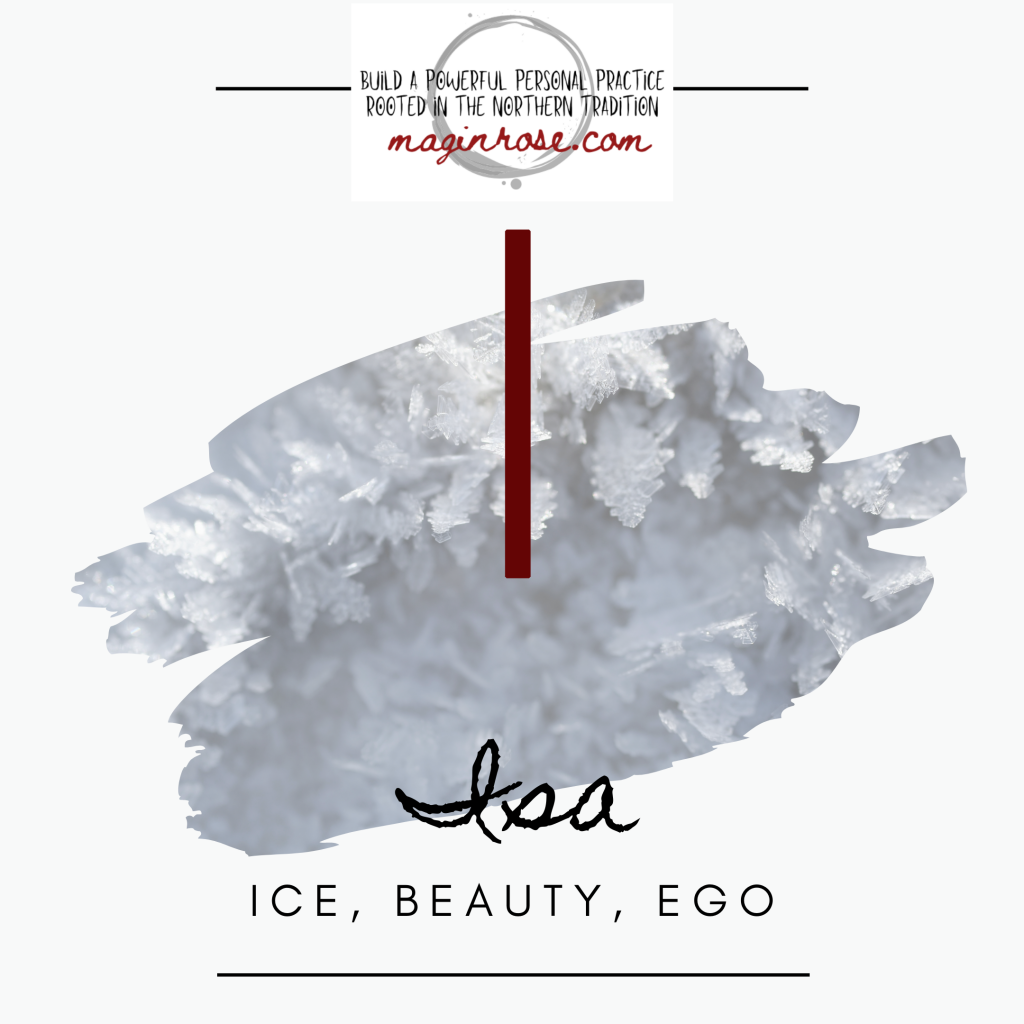 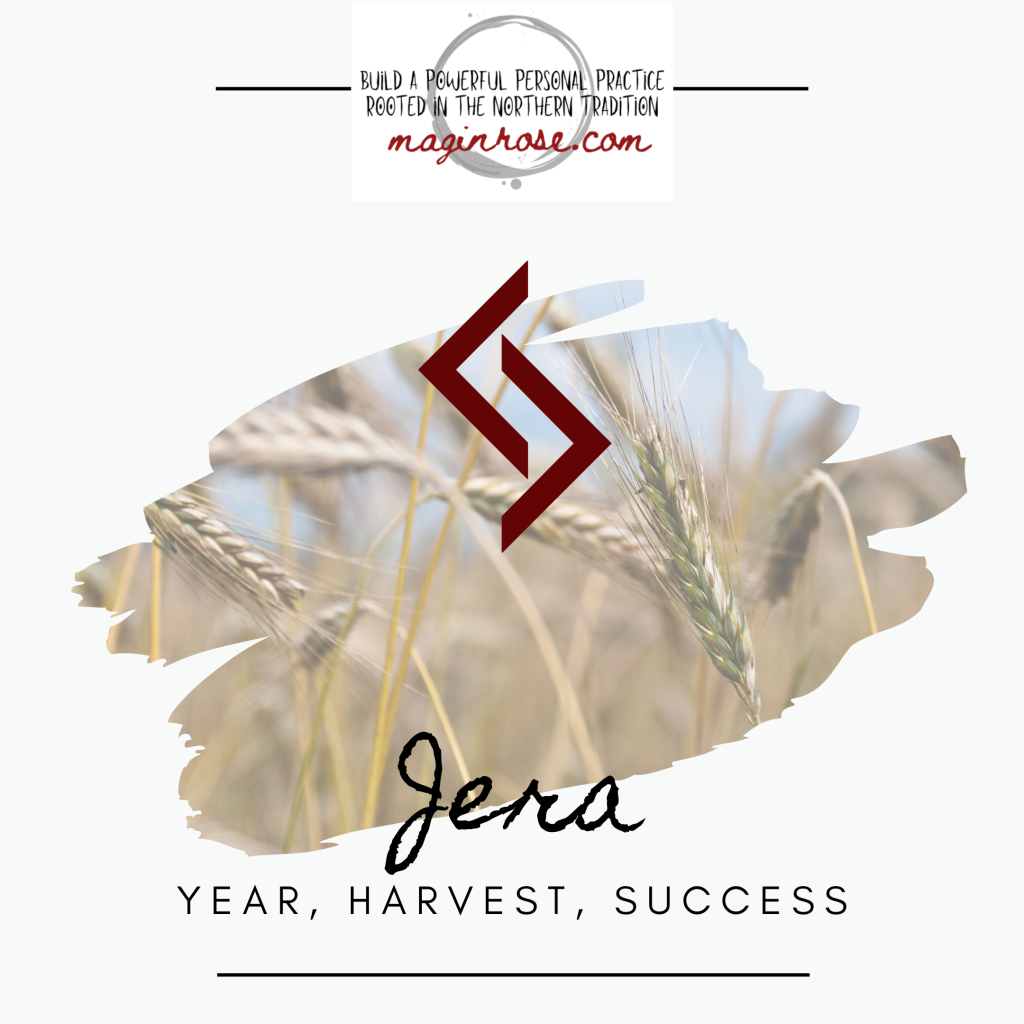 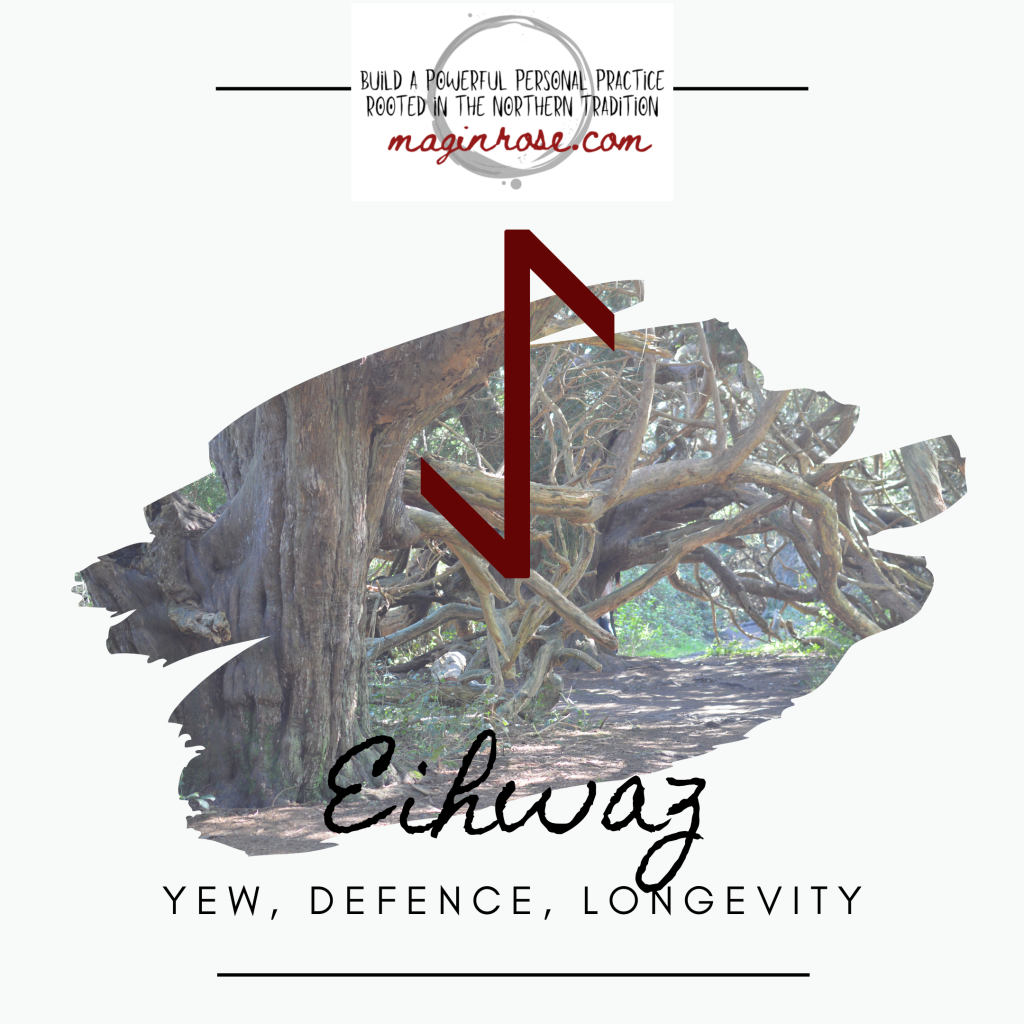 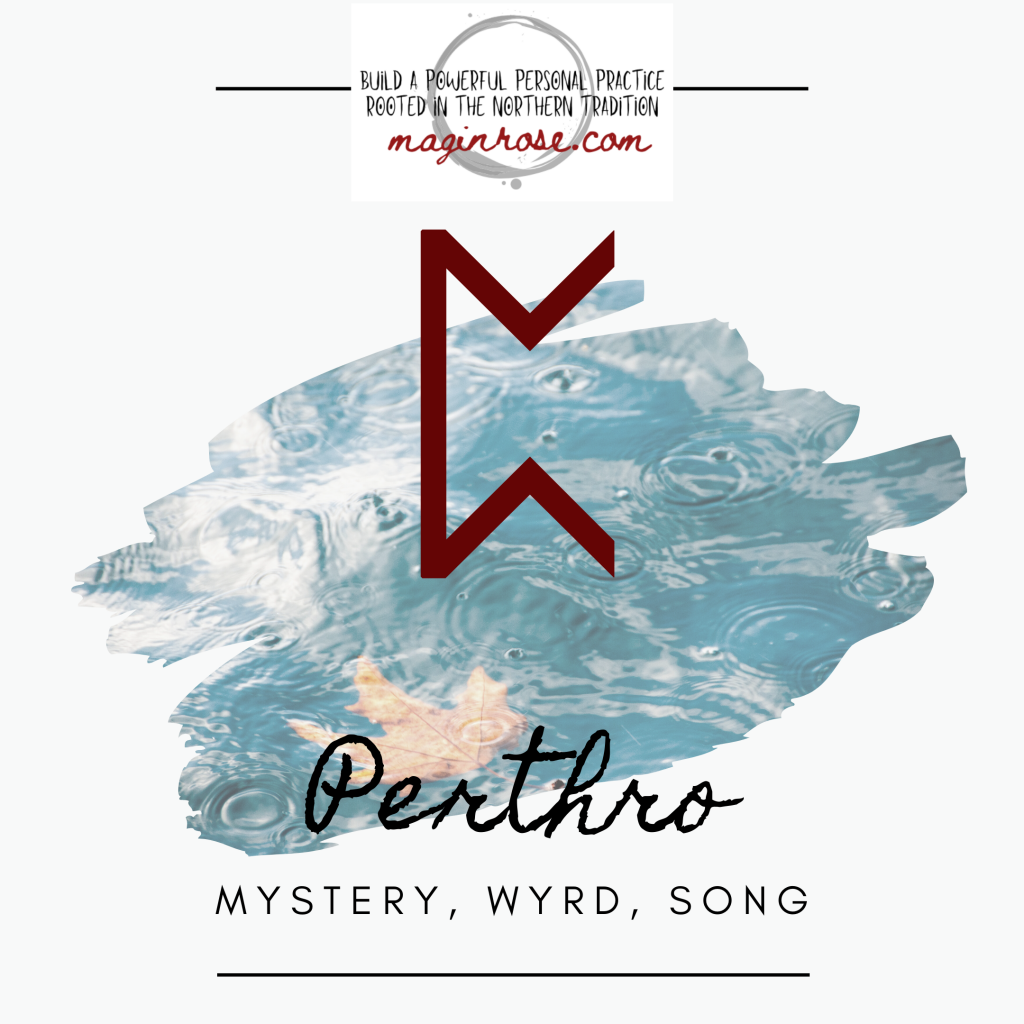 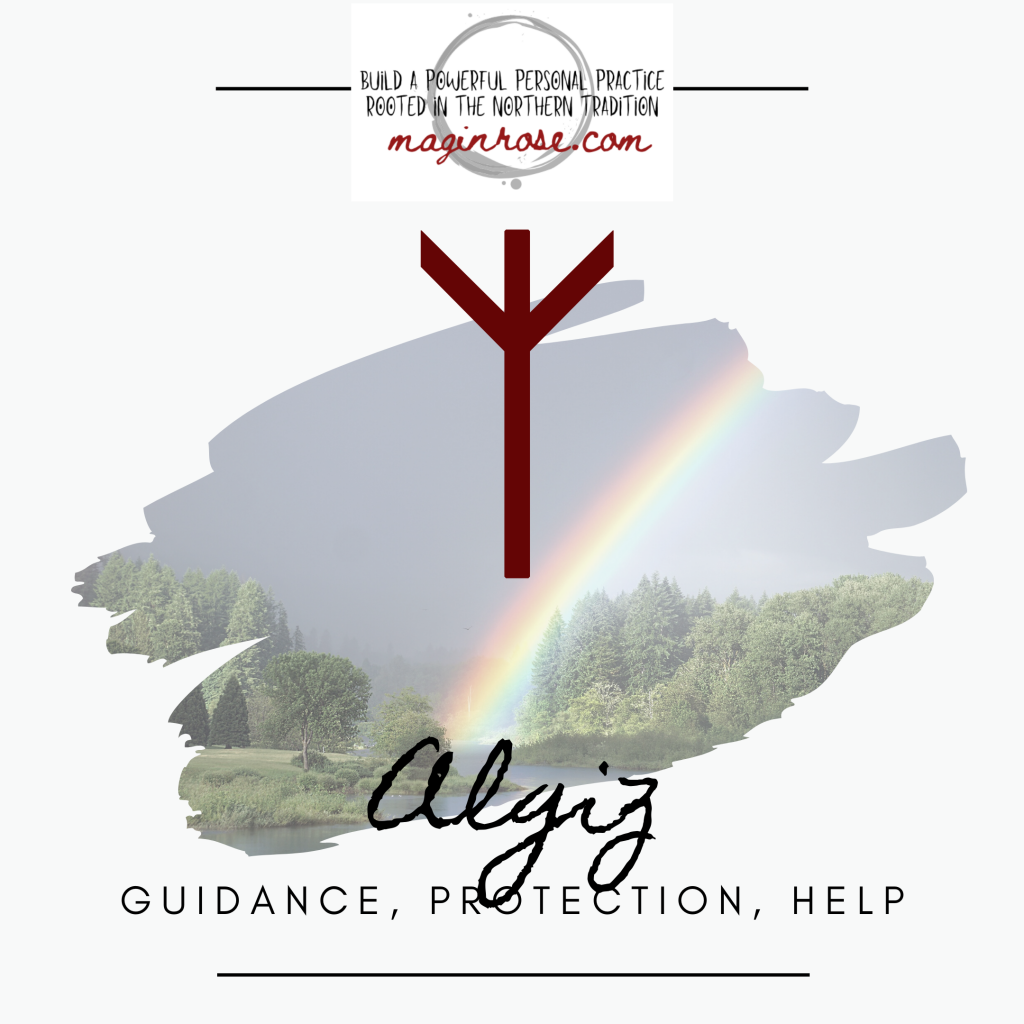 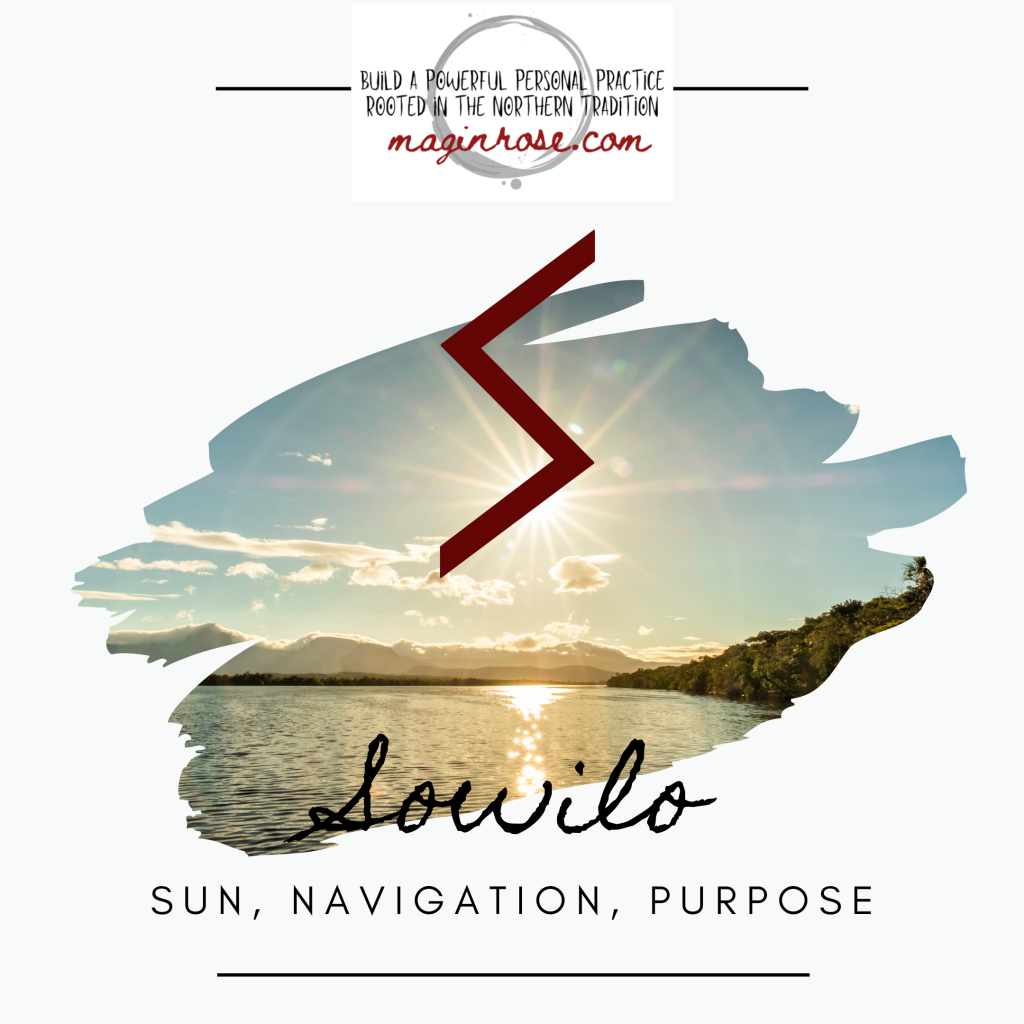 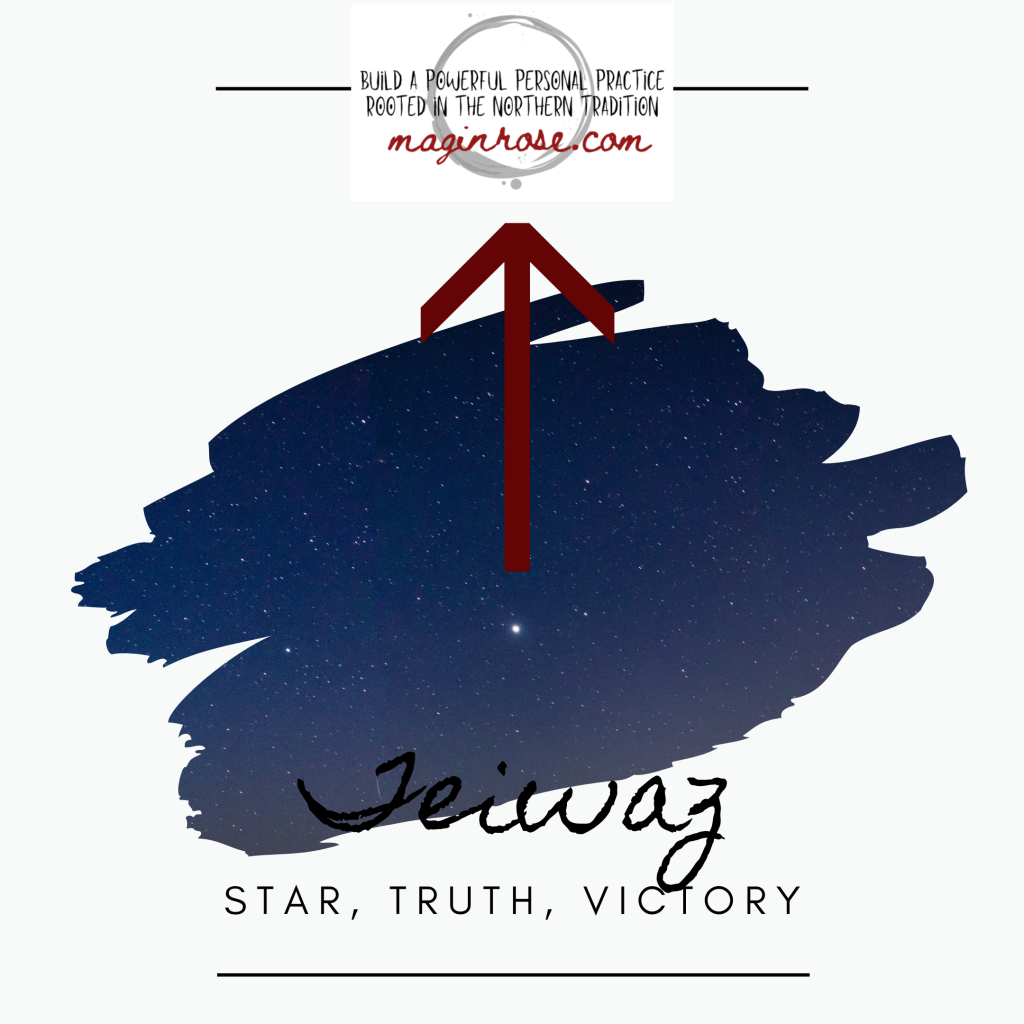 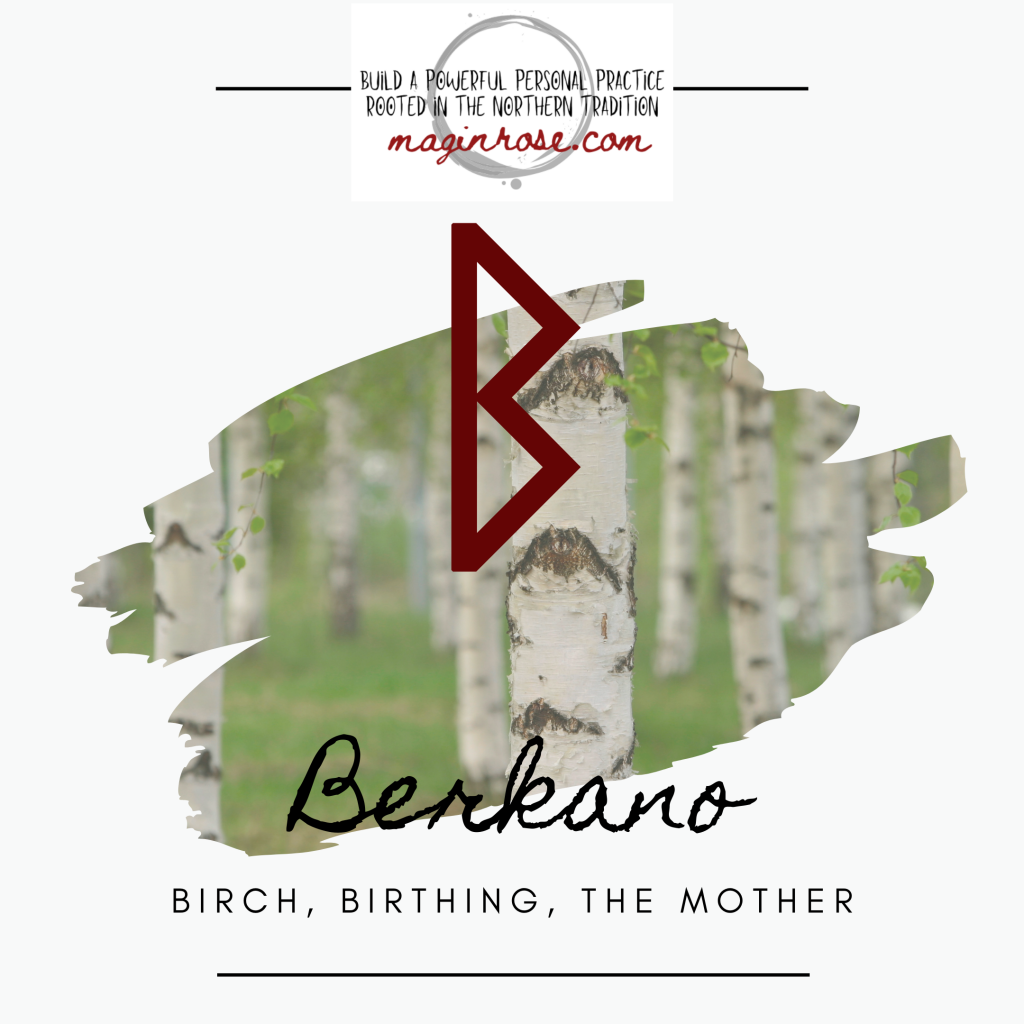 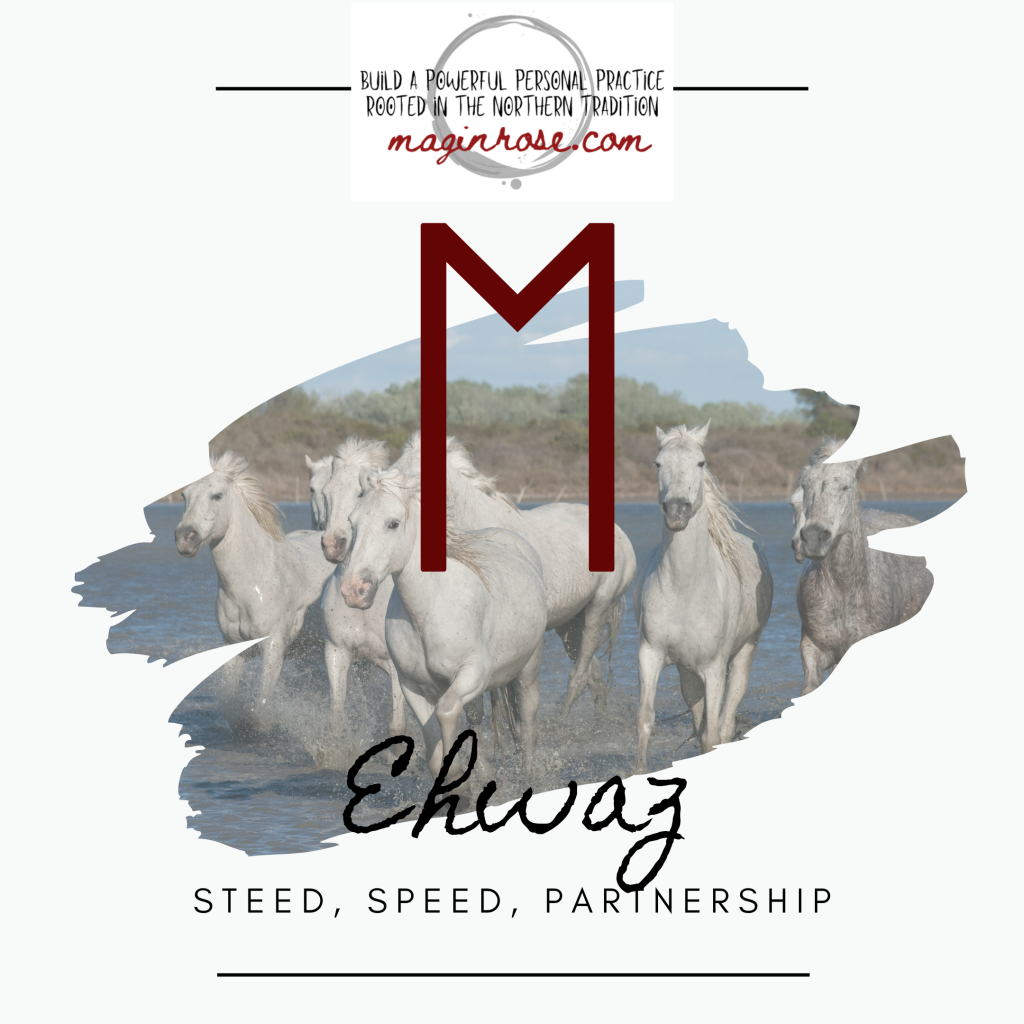 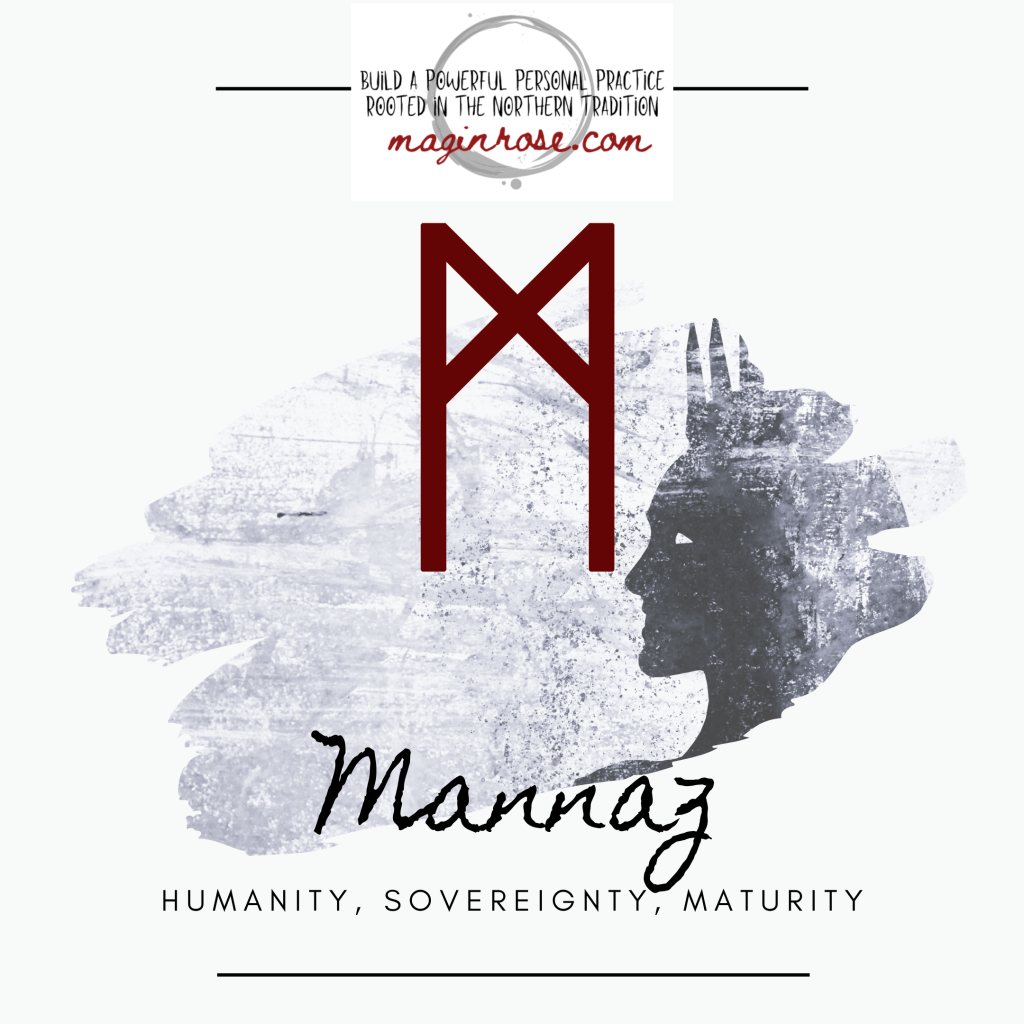 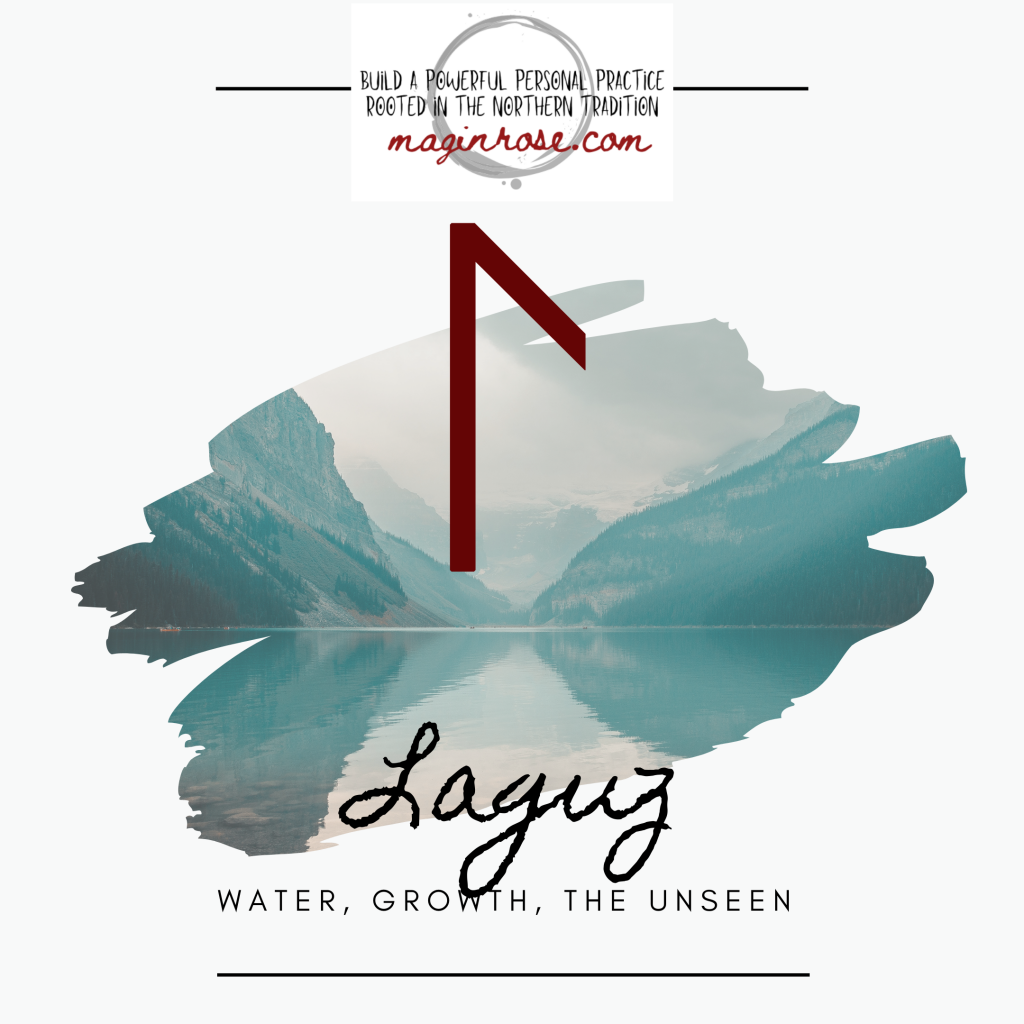 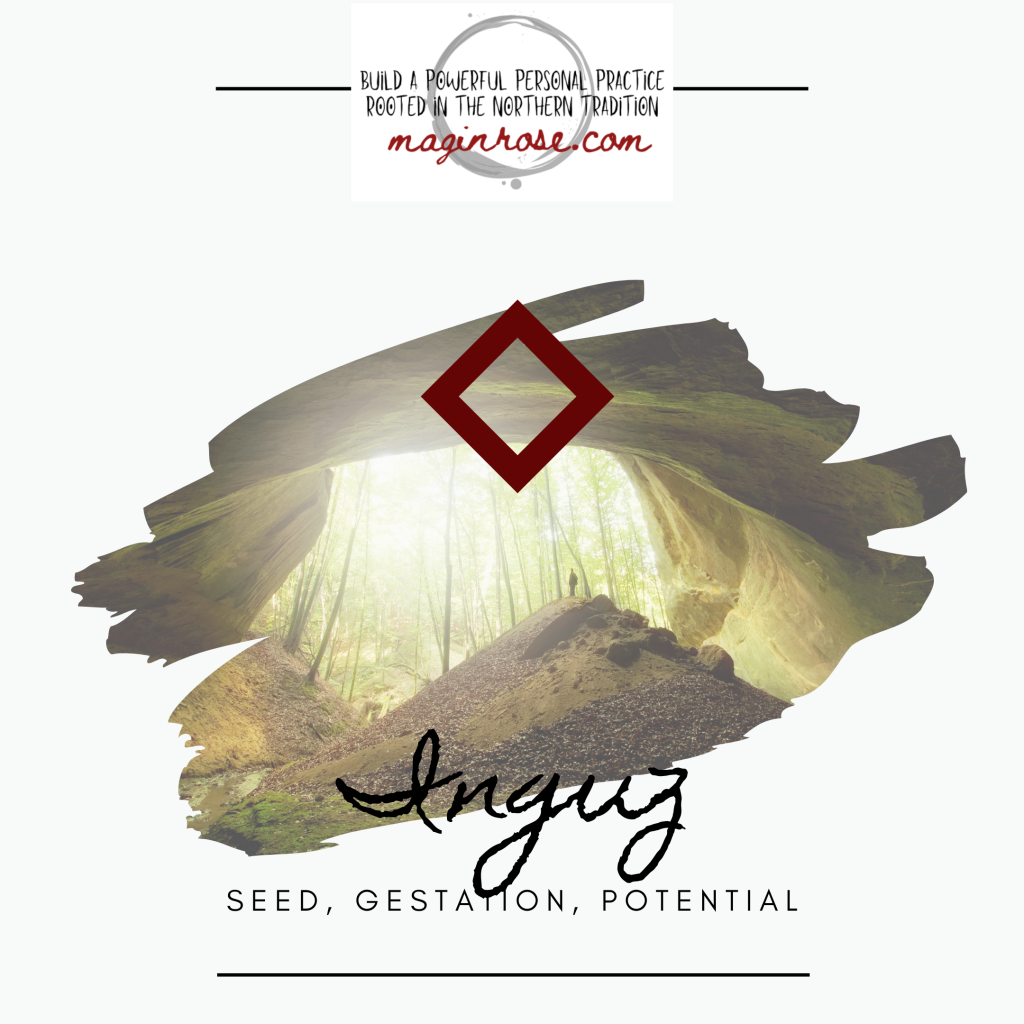 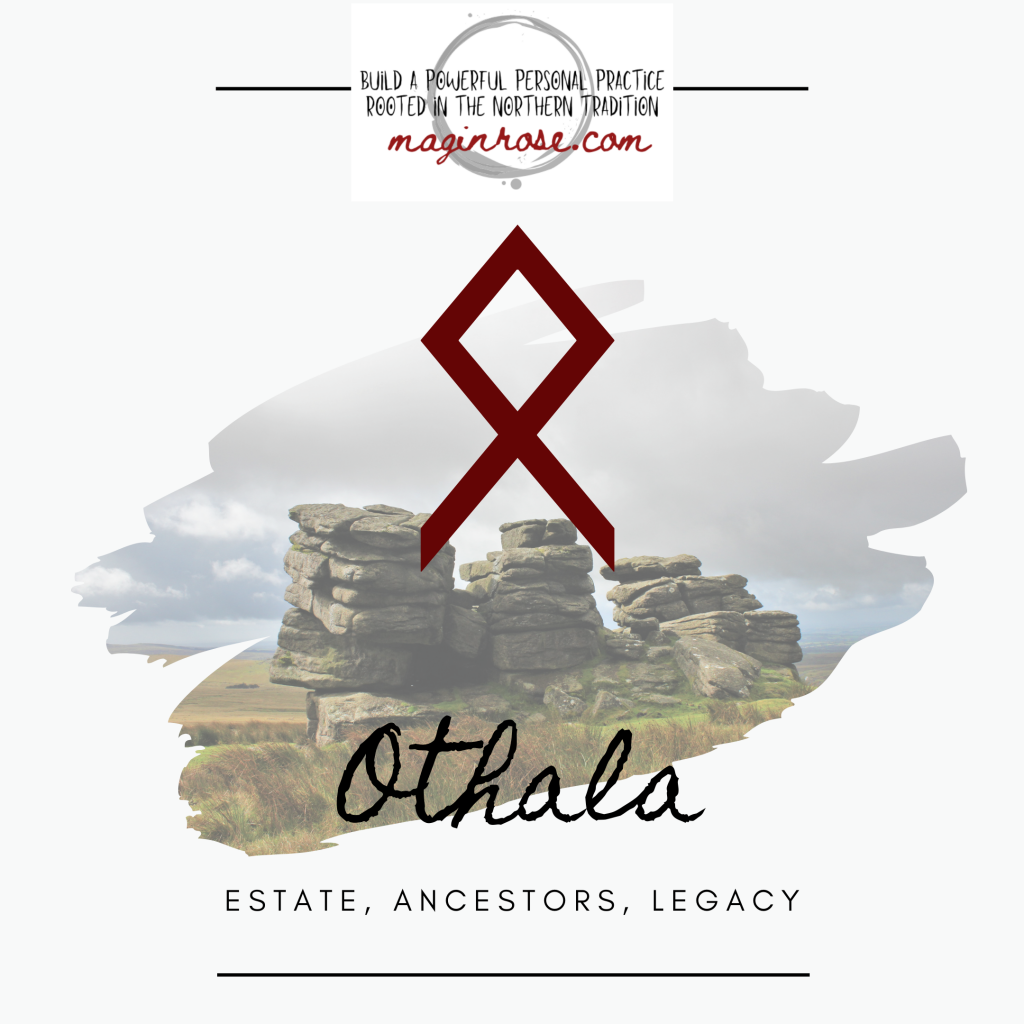 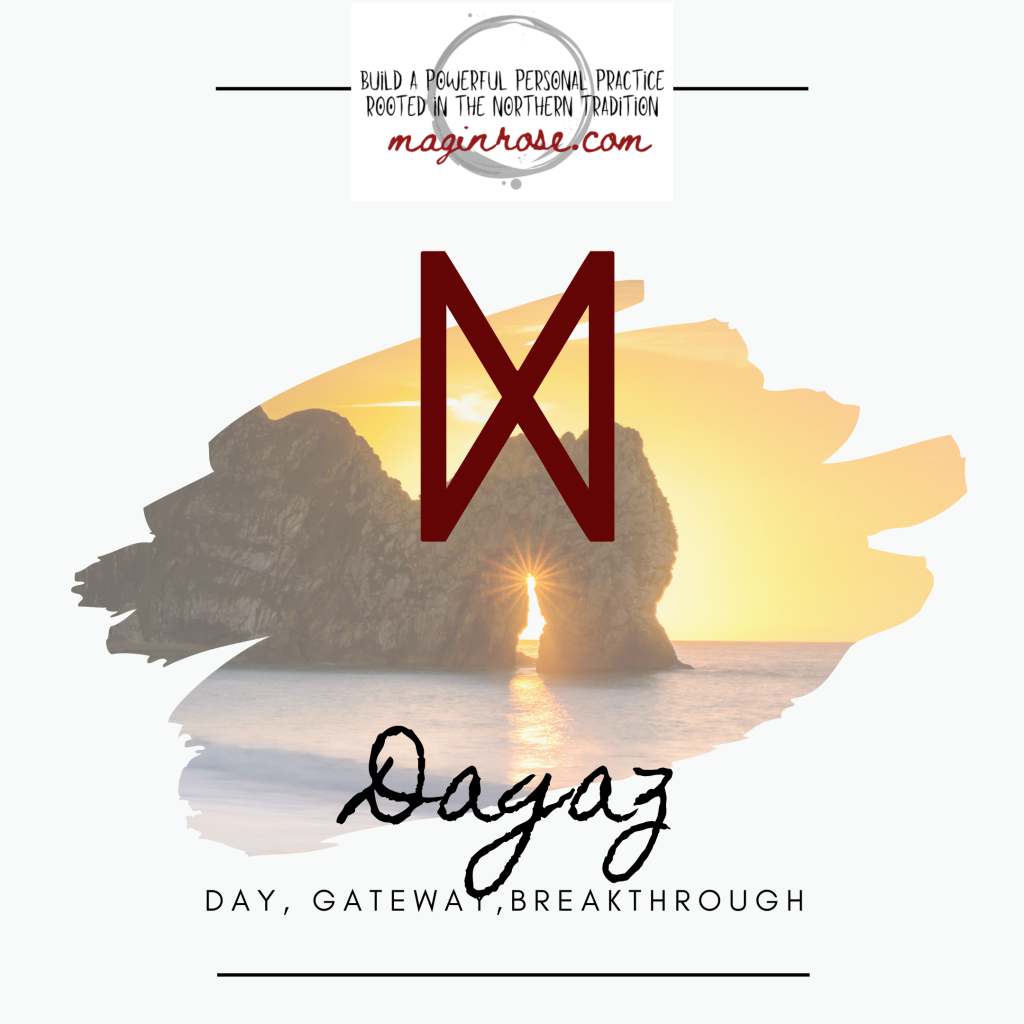 Wyrd is not a rune in the traditional Elder Futhark but many modern sets include it.  The Wyrd rune is sometimes said to appear in a reading when you are not meant to know the answer; at other times it is said to contain the energies of all the runes within it.  Yet others claim the Wyrd rune is simply a spare.

Simple lines etched into wood, stone, bone and horn.  These are the tangible form our rune heritage takes on ‘Midgard’ (‘Middle-Earth’) as it is known within the northern tradition.  The Rune Mistress Freya Aswynn explains the concept of ‘rune’ as the song or sound of the universe coming into existence (Power and Principles of the Runes, 2007).  Runes have shape, sound and meaning which we may learn and wield.  They exist, deeply embedded within language and consciousness.  They go deeper than memory and beyond that which we can explain with rationale intelligence alone.  They demand us to act intuitively, to feel with our bodies as well as our minds.

Where do the runes come from?

Almost 2,000 years ago the Roman Tacitus described the use of ‘lots’ carved with sigils which were thrown by the priest or head of family upon a white cloth and then interpreted.  The lots were made from fruit-bearing trees and the interpreter would invoke the wisdom of the Gods to assist him (Tacitus, Germania).  The Germanic peoples carved rune inscriptions to name objects, record ownership, memorialize heroes and ancestors, and seek protection and power.  By 150CE we can identify a particular set of runes called the ‘Elder Futhark’ which was used by Germanic peoples across what is now North-West Europe.

Myth tells us that Odin discovered the runes during a 9 day and 9 night initiation upon the world tree Yggdrasil.  The most commonly cited account is found in the  Havamal in the Poetic Edda where Odin tells us in his own words that ‘I peered right down into the deep, crying aloud I lifted the Runes then back I feel from thence’.  This is often interpreted as a shamanic ‘journeying’ experience as portrayed in this tenth century poem:

In a wood someone must from a high tree fall wingless – he will be in flight nonetheless, dances in the air until he can no longer be the tree’s fruit. Onto the roots he then sinks in dark spirits, bereft of his soul he falls to earth – his spirit is on its way. ~ The Fates of Men

Futhark:  The term ‘Futhark’ is cognisant with the modern English term ‘Alphabet’ (which combines the first two letters of the Latin alphabet Alpha and Beta), and is made up of the first six letters of the Futhark (F U Th A R K:  FUTaRk: Fehu Uruz Thurisaz Ansuz Raidho and Kenaz).

Rune: a whisper, a secret, a mystery

Yggdrasil: The World Tree.  Yggdrasil means ‘Odin’s steed’ which  we may assume relates to Odin’s experience discovering the runes.  This is the only title we know for the World Tree but it is likely there were others.

The rune row in song

A year of transformational work with the runes starting June 2022. Now open for bookings.

END_OF_DOCUMENT_TOKEN_TO_BE_REPLACED

Which rune is calling you today?

Folkvang means ‘field of the host’ or ‘field

In this free 90 minute workshop Magin Rose will in

Awaken to the Runes is now open for bookings! This

Manni's Chariot (the Moon ) moves through one rune

Sunna's Chariot (the Sun) is now in Inguz the rune

Did you say free workshops of awesomeness? Your wi

Did you say free workshops of awesomeness? Your wi