The soul-seed is my preferred term for the part of the northern soul sometimes referred to as the valkyria.  It is the individual essence or eternal part of the self.  In northern soul lore there are many parts of the soul and this framework of a ‘woven soul’ made up of different threads is at the heart of much of my own soul work and teaching.  Some parts of us such as the body will be unwoven from the individual soul tapestry when we die; in the case of  the body (or lyk) it leaves the rest of the soul complex wiser from its teachings but the physical essence returns to the earth.   Every single aspect of the soul is continuously influenced by, and influencing, the other aspects; some transitions such as birth and death mark dramatic points of change in the pattern of the woven soul but we are changing all the time.

My research indicates that the term Valkyria is fairly modern although it stems from the much older figure of the Valkyrie – the female ‘choosers of the dead’ who escort and tend to the great warriors Odin is amassing in his hall in readiness for the final battle of Ragnarok.  I have largely read about the Valkyria in the work of the runologist Edred Thorsson where it is portrayed as an idealised, feminine form which the male runologist aspires to unite with.  For me this is a very romantic notion evoking the idea of the Knight and his Lady and, of course, the Valkyrie Brunhild who gives herself to Sigurd and is punished for it.  Theirs is a story of tragedy, or at the very least of the Valkyrie being captured by the love of an heroic man who she cannot resist despite her duty to her God.  For the female runester the archetype works less well and I would hazard a guess that many male Heathens and followers of northern lore may also struggle with it. 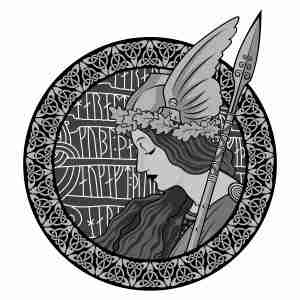 We might try and see the Valkyria as the union of the female and male aspects of the self which brings to mind the Jungian idea of the anima and animus.  This may be more appealing than the tragic union of the Valkyrie and her human lover but it doesn’t quite ring true for me as an authentic piece of northern soul lore.

As experience and practice is always the greatest teacher I worked firstly with a group of female practitioners to explore the Valkyria before incorporating it into my teaching on the Yggdrasil’s Path training programme.  As always seems to happen when a group of awesome and talented women come together to journey, we had some surprising commonalities in our experience.  No one met a Valkyrie, but there was a sense of a journey to a point of light, a seed, that yearned to unite with the self.  The point of light was located at the heart centre and was commonly experienced as gold, red or purple.  Interestingly all of these colours fit with the Thurisaz rune which contains both the fierce, warlike nature of the Valkyria, and the means to access the seat of the emotions – the heart.  The colours shimmered through the heart centre and there was a sense of the heart needing to expand to let this seed through. 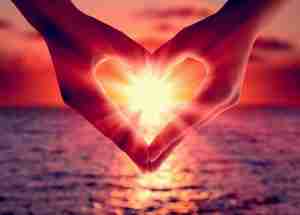 For me personally, I had a very powerful encounter with an ancestor who gifted me part of her hamingja (or luck store).  This luck was given through the gifting of a name and also the briefest touching of our soul seeds; I felt her colours ripple through mine, she left me changed, enriched and healed from deep woundings.

For me the Valkyria may be one way for particular runologists to access the soul-seed – the eternal part of the self around which the soul tapestry is woven.  For many humans the soul-seed is hidden (the elves would describe it as the soul being ‘asleep’).  According to elf lore the human baby is born awake (unlike their own children) hence the attraction human children have for the elves (and possibly the faery folk from other traditions).  Over time the human baby learns to protect itself by shutting the heart seed down, hiding it, building protective layers over it.    The work of soul weaving is intimately connected with the ability to access the soul-seed, touching it briefly at first and then striving to open the heart wide enough to allow the soul-seed to take up residence once more and so guide the development of the rest of the soul tapestry.